Herbert Moore, Jr. was born in Elberton, GA, where he graduated from high school in 1971. He and his late wife, Rosemary, married

April 20, 1974. They were both later baptized into Christ on November 6, 1976. In their 36 years of marriage, Herbert's greatest earthly support in the home, church and business, was Rosemary. They have several children and grandchildren. Herbert is now married to his lovely wife Linda.

Herbert began preaching within a year after obeying the Gospel. His fast track studies of God's Word were given by his military Christian friends that baptized him. Less than a year later, he was stationed in Germany, where he was appointed minister in 1978.

Herbert is directly or indirectly responsible for baptizing over 900 souls. He has hosted a prime time television program called "Speaking the Gospel" for over 19 years. 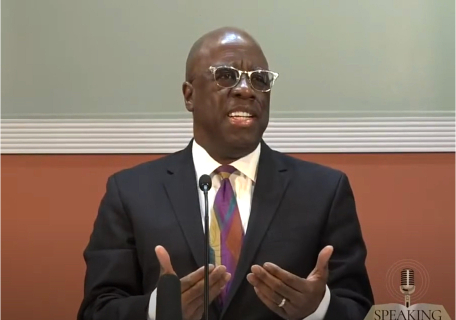 © Overseen by the Atlanta Airport Area church of Christ  |  COC